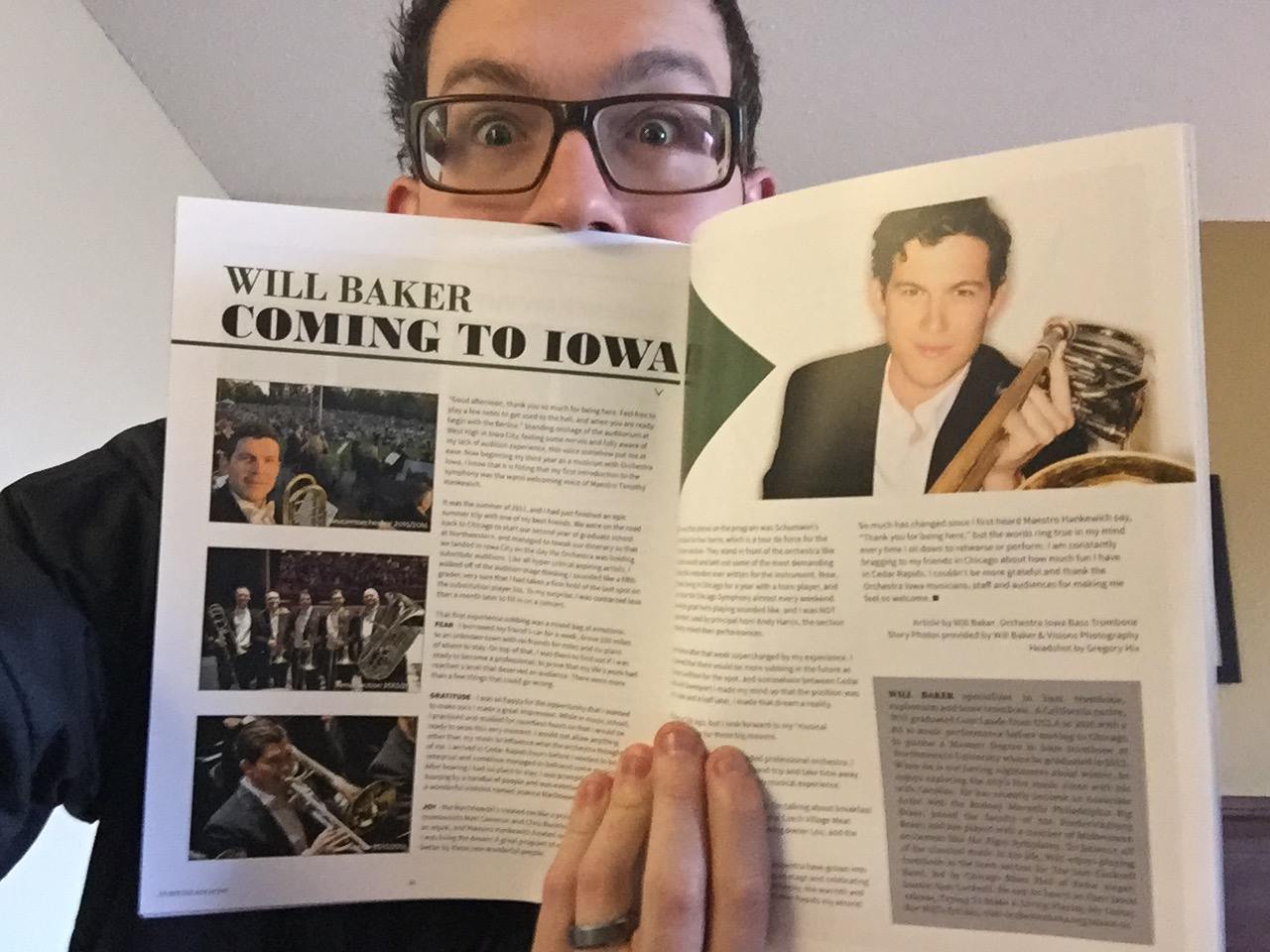 Thank you to the Orchestra Iowa staff for giving me the opportunity to tell my story.

“Good afternoon, thank you so much for being here. Feel free to play a few notes to get used to the hall, and when you are ready begin with the Berlioz.” Standing onstage of the auditorium at West High in Iowa City, feeling some nerves and fully aware of my lack of audition experience, this voice somehow put me at ease. Now beginning my third year as a musician with Orchestra Iowa, I know that it is fitting that my first introduction to the symphony was the warm welcoming voice of Maestro Timothy Hankewich.

It was the summer of 2011, and I had just finished an epic summer trip with one of my best friends. We were on the road back to Chicago to start our second year of graduate school at Northwestern, and managed to tweak our itinerary so that we landed in Iowa City on the day the Orchestra was holding substitute auditions. Like all hyper critical aspiring artists, I walked off of the audition stage thinking I sounded like a fifth-grader, very sure that I had taken a firm hold of the last spot on the substitution player list. To my surprise, I was contacted less than a month later to fill in on a concert.

That first experience subbing was a mixed bag of emotions. FEAR – I borrowed my friend’s car for a week, drove 250 miles to an unknown town with no friends for miles and no plans of where to stay. On top of that, I was there to find out if I was ready to become a professional; to prove that my life’s work had reached a level that deserved an audience. There were more than a few things that could go wrong. 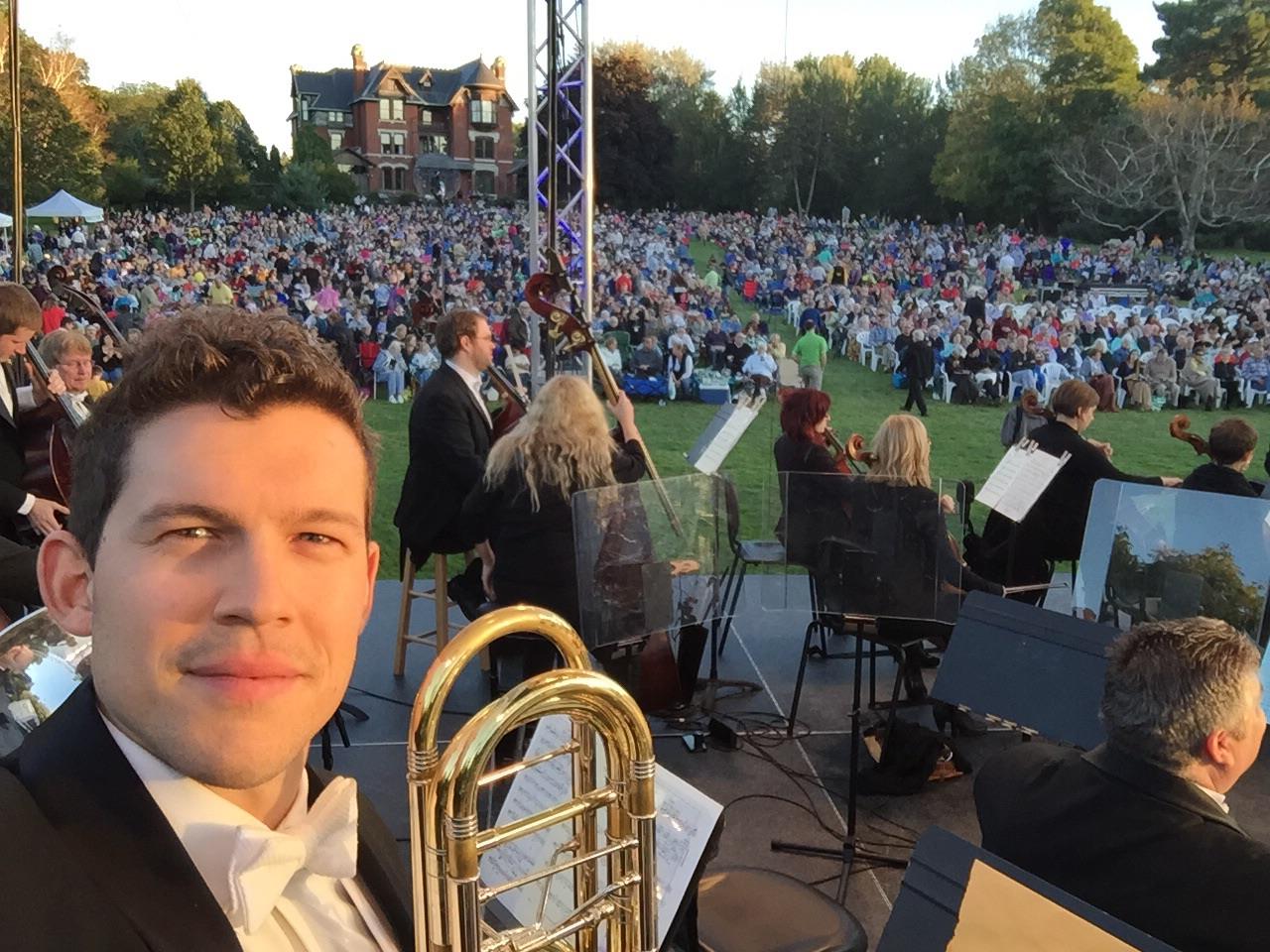 GRATITUDE – I was so happy for the opportunity that I wanted to make sure I made a great impression. While in music school, I practiced and studied for countless hours so that I would be ready to seize this very moment. I would not allow anything other than my music to influence what the orchestra thought of me. I arrived in Cedar Rapids hours before I needed to be at rehearsal and somehow managed to befriend some musicians. After hearing I had no place to stay, I was promptly offered housing by a handful of people and was eventually adopted by a wonderful violinist named Joanna Machnowski.

AWE – one of the pieces on the program was Schumann’s Konzertstück for four horns, which is a tour de force for the French horn section. They stand in front of the orchestra like any soloist would and belt out some of the most demanding and beautiful melodies ever written for the instrument. Now, I had been living in Chicago for a year with a horn player, and gone to hear the Chicago Symphony almost every weekend. I knew what great horn playing sounded like, and I was NOT disappointed. Lead by principal horn Andy Harris, the section completely rocked their performances. 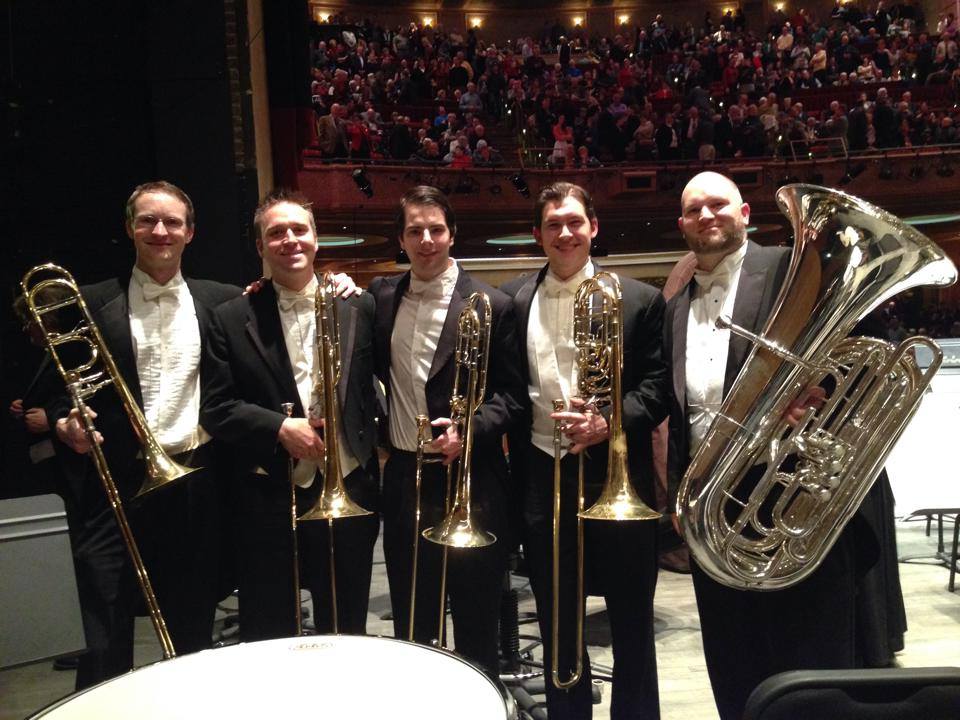 I drove home after that week supercharged by my experience. I had learned that there would be more subbing in the future as well as an audition for the spot, and somewhere between Cedar Rapids and Davenport I made my mind up that the position was mine. A year and a half later, I made that dream a reality.

I still live in Chicago, but I look forward to my “musical vacations” in Iowa for three big reasons.

1) Great Music. This is a fully loaded professional orchestra. I would not drive over 500 miles round trip and take time away from my wife if I was not LOVING my musical experience.

3) The people. My colleagues in the orchestra have grown into dear friends, and I love collaborating on stage and celebrating in Opus. In addition to the orchestral family, the warmth and generosity of the locals have made Cedar Rapids my second home.

So much has changed since I first heard Maestro Hankewich say, “Thank you for being here,” but the words ring true in my mind every time I sit down to rehearse or perform. I am constantly bragging to my friends in Chicago about how much fun I have in Cedar Rapids. I couldn’t be more grateful and thank the Orchestra Iowa musicians, staff and audiences for making me feel so welcome. 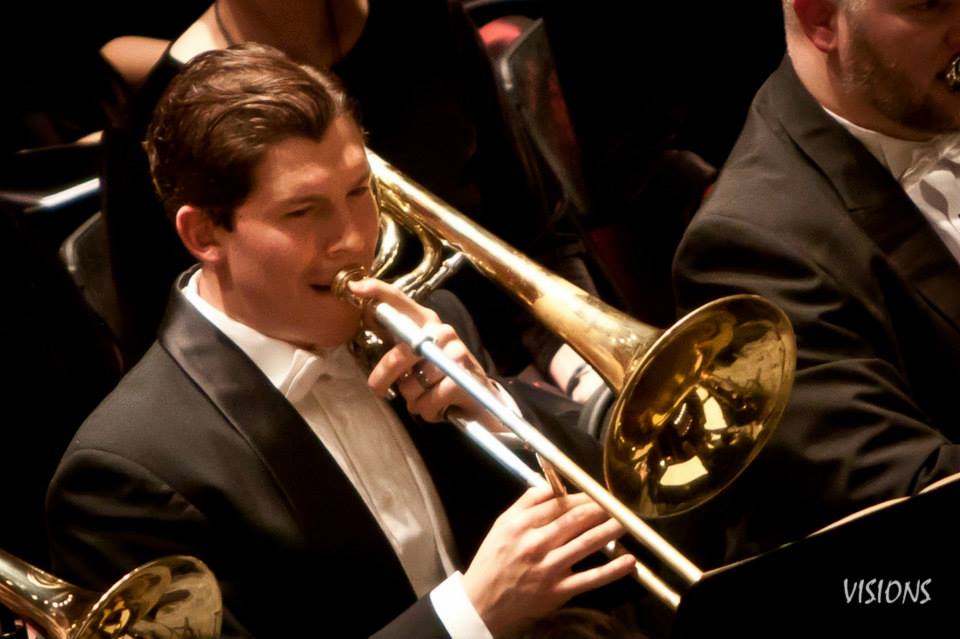