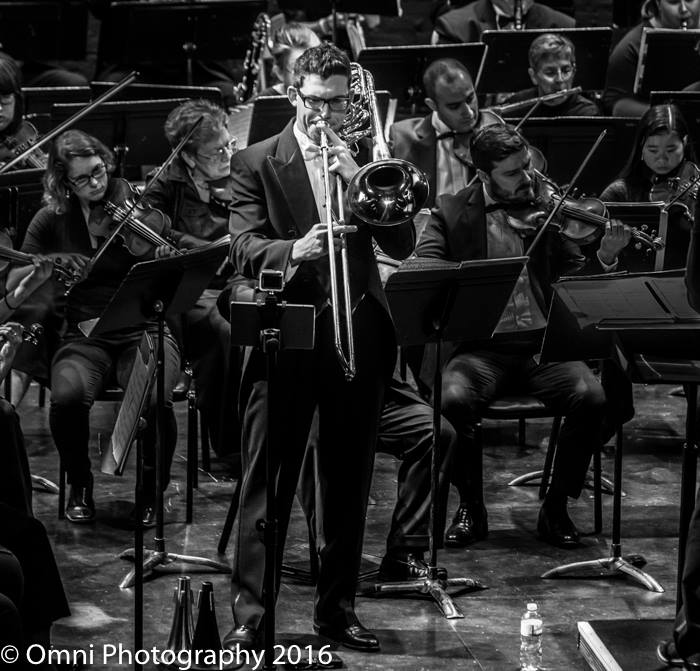 SEISO with Will Baker and Robert Tindle 2016

Conductor Robert McConnell has made SEISO into a living, breathing animal over the years, and during the evening he received the shouts, hoots and yee-haws SEISO fans have come to expect.

The Schumann and Kabalevsky numbers were done with what is now traditional panache ala Conductor Robert McConnell’s direction.

Whew! That takes a lungful, but Mullangi handled her appearance with aplomb and grace on Kabalevsky’s “Violin Concerto is C Major, opus 48.” Mullangi originally was scheduled to appear in the February Winter Concert Series, but the concert was cancelled due to a snowstorm.

The Janacek “Sinfonietta” that led post-intermission was elegant and fulfilling, but it was the world premiere of Robert Tindle’s “At Sixty Miles an Hour” that captured the hearts and minds of the audience, the orchestra members, and bass trombonist Will Baker, this year’s SEISO Artist-In-Residence.

Premieres do not come our way often, and “Sixty,” concerto for bass trombone and orchestra, was a wowzer.

Composer Tindle is a 19-year-old sophomore at the University of Miami. 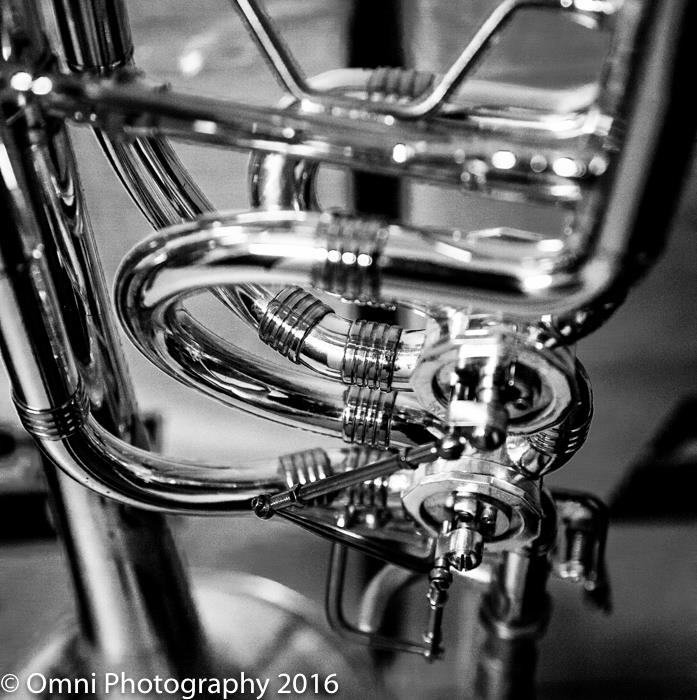 Tindle was commissioned by SEISO to create an original work to feature the bass trombone, and he and Baker collaborated to make “Sixty” a powerful work that heralds Tindle’s future as a composer.

“We wanted the emotions to be as extreme as possible,” Baker said.

Baker played a Bach 50B bass trombone with Greenhoe valves, circa 1970.“It’s older than I am,” he said.

Baker’s setup included a foot-controlled iPad to display his sheet music, and a GoPro video camera clipped to the iPad so he could record clips for his website.“I tried putting it on the slide,” he said, “but it was just too weird.”

His bass trombone was mellow, liquid and smooth; a soft dream in soundwaves.

Tindle’s composition, as performed by Baker, brought to mind the Everyman wandering the earth, a lost soul forever searching.

Tindle’s second movement was flush with the minor-key urgencies that make Paul Dukas’ “The Sorcerer’s Apprentice” so familiar, prompting someone to ask Tindle if he might consider writing a film score.

“Yes,” the composer replied, “but I think I’d find it a bit too limiting for my tastes.”

“He wrote music that the orchestra members had fun playing,” McConnell said. The audience had plenty of fun listening.

A reception at the Burlington Art Center Gallery following the concert by the Friends of the Symphony honored Baker, Tindle, Mullangi and McConnell, and concertgoers were able to bask in the afterglow and rub shoulders with those stars. 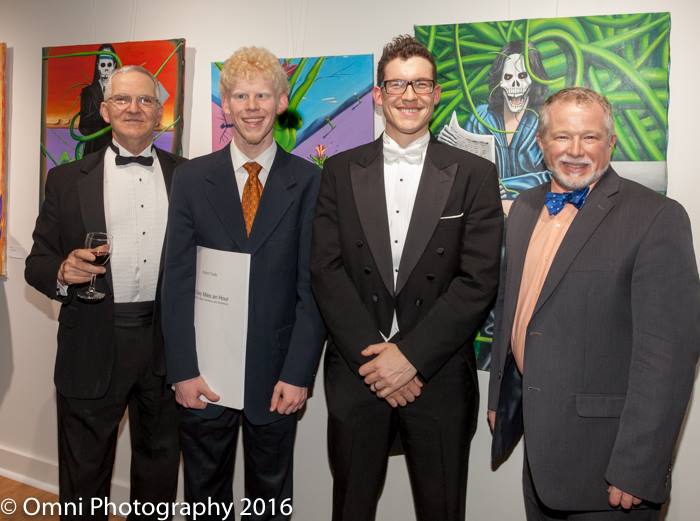 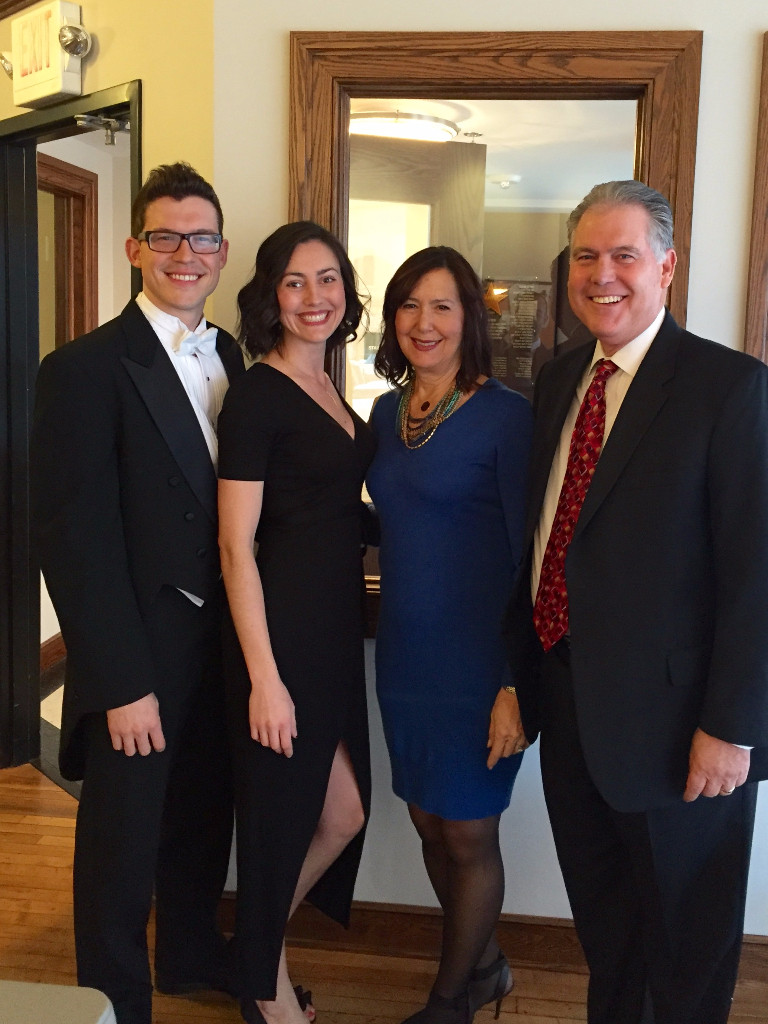 Lucky to have the support of my wife Caroline, and parents Stephanie and Dave. What a special night.